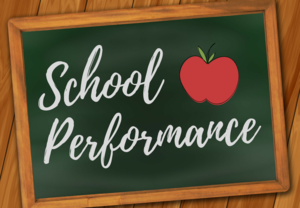 Superintendent Mark Byrd found many causes for celebration with accountability results for the 2018-2019 school year released on September 4, with the most schools “meeting” or “exceeding” growth since 2015-2016. Click the headline above or the Read More link below to learn more about our school results and the many reasons we have to be proud of ALL our students, faculties, and school communities!

Superintendent Mark Byrd found many causes for celebration with accountability results for the 2018-2019 school year released on September 4, with the most schools “meeting” or “exceeding” growth since 2015-2016.

Wilkes County Schools did not have a school to receive a letter grade below a “C” for only the second time in the six years that school performance grades have been calculated.  Mr. Byrd expressed tremendous pride in the fact that four schools (East Wilkes High, East Wilkes Middle, West Wilkes Middle, and Wilkesboro Elementary School) achieved a grade of “B” after receiving a grade of “C” in 2017-2018, and Mountain View Elementary, who achieved a grade of “C” after having a “D” in 2017-2018.  Wilkes Early College High School continues to be a source of pride for our county; they achieved a letter grade of “A” for the third year in a row.  Less than 10% of schools statewide achieved this distinction.

Data from 2018-2019 shows that Wilkes County has a lot to be proud of with our schools ranking higher than the state average in meeting or exceeding expected growth and in graduation cohort rates. Mr. Byrd stated, “We will continue to strive to give the students of Wilkes County the best educational experience possible. Our entire system believes they deserve it!”